A Gamma Ray burst, coming from around 2.4 billion light years, was detected. The flash emitted photons carrying a recorded 18 TeV of energy. Gamma-Ray Bursts (GRBs) are bursts of highly energetic gamma rays lasting from less than a second to several minutes – the blink of an eye on cosmological timescales.
Swift’s Xray telescope captured its afterglow of about an hour after it was first detected by the Burst alert Telescope, Also on Swift. [Fig. 2]. The SWIFT BAT “SWIFT Burst Alert Telescope” is using the XA-ASICs designed and delivered by Ideas, Oslo, Norway in the Early 2000s [Fig. 1] As Gamma radiation cannot be focused with lenses, imaging is done with a shadow mask. The gamma photons are detected by an array of 32768 individual Cadmium Zinc Telluride crystals. Each crystal is connected to an amplifier in a total of 256 XA 1.2 ASICs.
Scientists believe the creation of the bright pulse occur when a massive star, in our case, in the “Sagitta constellation” collapsed into a supernova explosion and became a black hole. It is powerful enough to then affect the ionosphere of our planet and the telecommunication. The actual burst, the one that caused the ionosphere of earth to change only lasted for couple of minutes 5 to 10 minutes long [Fig. 3]. The fact that it even had an effect on our ionosphere is really astounding.
What also makes this particular detection more exiting is that it took less than a day for several observatories to join and collect huge amount of data.
At some point this target will emit in Infra-Red and radio. It will inevitably be an exquisite target of observation for James Web space Telescope and other earth based and space-based observatories.
It is the closest and the most powerful gamma ray burst ever seen.
Gamma-ray bursts (GRBs) can provide an opportunity to probe the massive compact objects in the universe, in this case the black hole and are a very “in-situ” laboratory to understand those monsters. 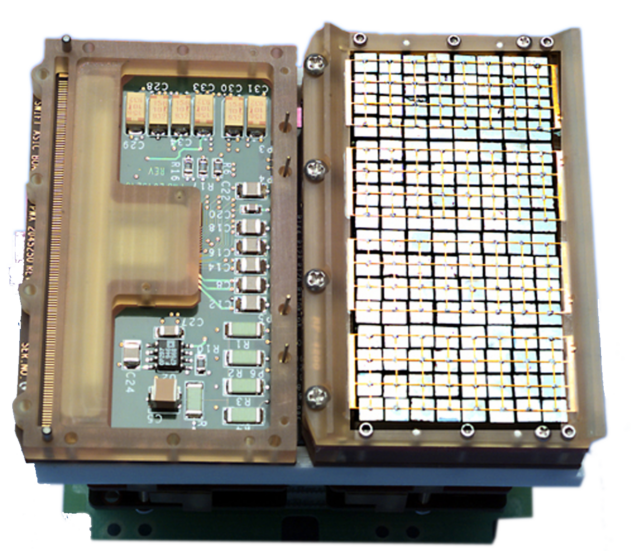 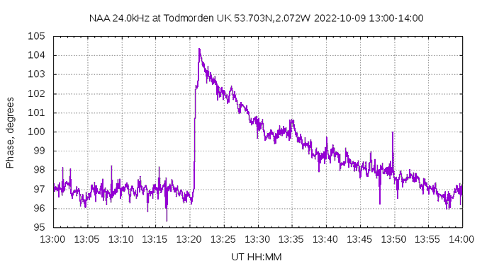 https://gcn.gsfc.nasa.gov/gcn3/32744.gcn3
The detectable ionospheric disturbances in our own
atmosphere triggered by the brightest ever
detected Gamma Ray Burst “GRB221009A”
Source:NASA