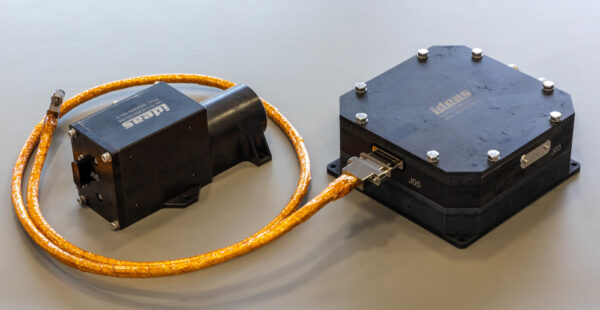 NORM is the Norwegian Radiation Monitor for measuring energetic charged particle radiation in space. Understanding space radiation is required for reliable operation of satellites, and all human activities in space. Monitoring of “Space Weather” as the interaction of solar particles with earths magnetic field and radiation belts is called is important for life on earth as well. Solar storms affect radio transmissions and can damage our electrical grid and electronics even on the earths surface.

NORM’s first use will be in the Arctic Satellite Broadband Mission (ASBM), a pair of broadband communication satellites providing coverage over the arctic, owned and operated by Space Norway. The satellites will fly in a highly elliptical three point apogee orbit (HEO-TAP), touching different domains in radiation environment. This provides a unique opportunity to validate existing and new radiation environment models. The data produced will also benefit the development of the second generation of Galileo navigation satellites currently being developed by the European Union.

We would like to thank the Norwegian Defence Research Establishment (FFI) for their help with the mechanical structure and environmental analyses.

NORM was developed under ESA Contract (4000128542/19/NL/AS) with the support of the Norwegian Space Agency and Space Norway HEOSAT AS.

NORM is designed as an easily adaptable space radiation monitor for satellite missions in GEO, LEO, and HEO. Various features such as communication interface, power supply and radiation hardness can be tailored to better fit the needs of the hosting satellite.